When I moved into my new house I was really pleased to have a “mature” garden, full of interesting plants, bushes and even a pear tree. It has a real cottage garden look to it. It was actually a little more mature than it should have been in that it needed a huge amount of tidying up to get it under control. My parents are keen gardeners and turned up ready to get it back into line. We discovered a little path down the side that had been completely hidden by overgrown plants. Plus a few blackcurrant bushes and even a little pond with its own family of frogs. I thought I had a few branches of next door’s apple tree coming over the fence but when my mum looked at it she said it was a quince tree and it was in my garden. Which just about sums up how much I know about gardening… 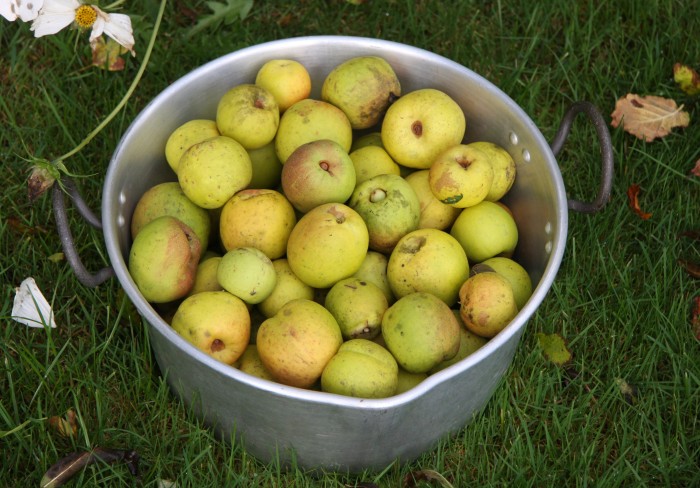 I had no idea when I should pick them but when the leaves started to fall off the tree I thought it might be time. I left them for a couple of days and when I went to pick them most of them were already on the ground so they were very easy to collect! They are very much a labour of love and I can see why they have fallen out of favour over time. They are very hard and take a lot of time and effort to peel and core. Apples and pears, which they are related to are much easier to deal with. Quinces do have a very perfumed flavour and are worth the extra work for this cake. They are supposed to turn a rosy red colour when cooked but mine preferred to stay quite pale for some reason.

They need to be cooked until soft before they can be eaten so this recipe has a few stages. It’s a Hugh Fearnley-Whittingstall recipe that I found here and adapted slightly. The next time I make it I will leave the lemon juice out of the syrup as it reminded me too much of honey and lemon syrup for colds… (I have left it out of the recipe below). I also made the syrup too early and it cooled down and set and then I couldn’t quite get it back to a syrup: it definitely didn’t seep into the holes I had made in the cake. 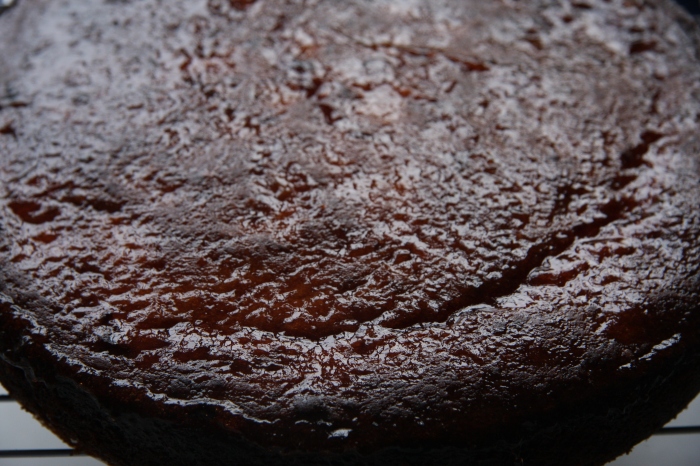 More of a glaze than a syrup on top…

This is the recipe as I made the cake but if you want to use Hugh’s original recipe please find it here.

about an inch of fresh ginger, peeled and diced

3 tablespoons syrup from the stem ginger

Peel, core and dice the quinces. 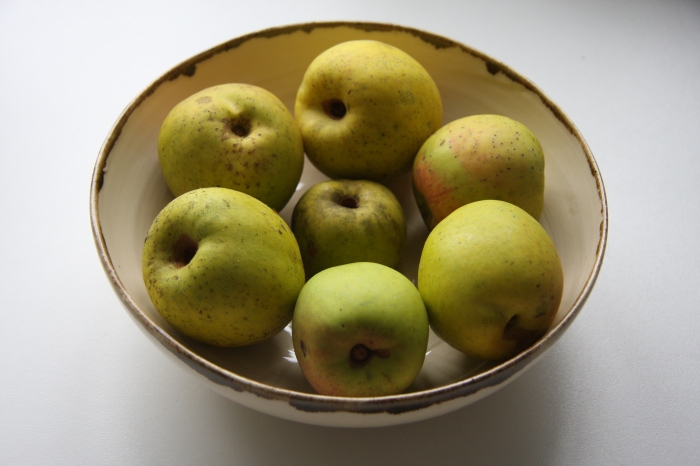 The recipe said 600g quinces was about 2 quinces – mine must be very small!

Put them in a pan with the water, sugar, honey and fresh ginger.

Bring to a boil and simmer until soft. Hugh says for about and hour and a half but mine took no time at all and disintegrated almost immediately.

Leave the poached quince to cool and reduce the poaching liquid until thick and syrupy.

Cream the butter and sugar until pale and fluffy.

Add the eggs, one at a time.

Fold in the flour carefully and when fully incorporated spoon the mixture into the cake tin. Level gently. 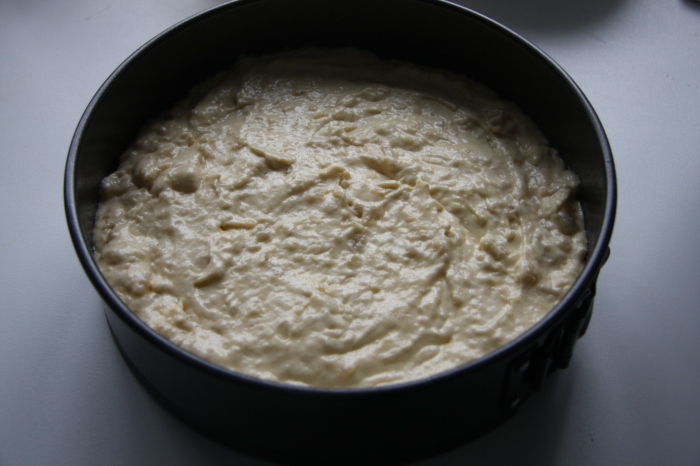 Bake for around an hour and a quarter until firm and a skewer inserted into the centre comes out clean. If the cake is browning too quickly cover it with foil.

While the cake is baking make the syrup by combining the reduced poaching liquid with the syrup from the stem ginger.

When the cake comes out of the oven pierce the top a few times and brush on the glaze, letting it sink into the holes. 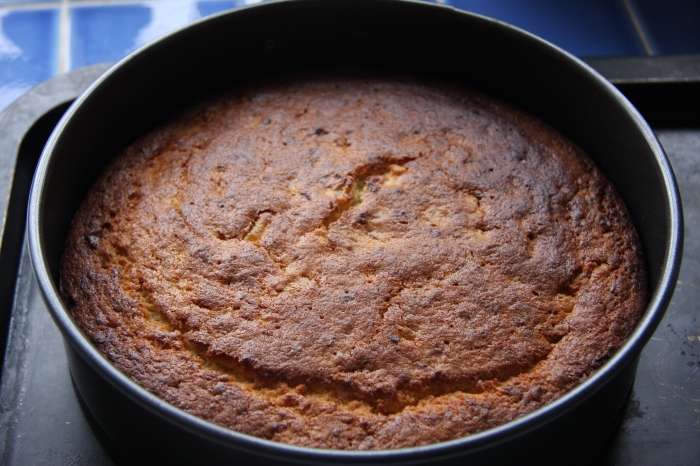 Ready for the glaze

Leave to cool in the tin for about 20 minutes and then remove it and leave to cool completely on a wire cooling rack.

This would make a really good dessert warm with custard or cream and is also great as a slice of cake. It improves with age, if it lasts that long.

Like Loading...
‹ Not your average Fruitcake – with dried cherries, apricots, blueberries and cranberries
It’s all about that Quince: Jelly, Paste and Brandy ›