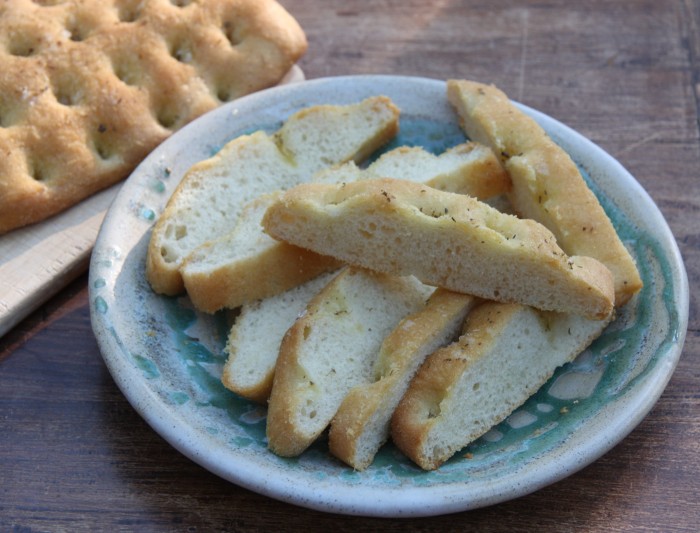 I am not very good at keeping in touch with people. I’m not good on the phone and often can’t think of a lot of news to share in an email. And even if you are one of my favourite bloggers you’ll find I am often behind on your posts, as much as I intend to spend hours every day catching up on all your news and insights. So I am very lucky to have such good, understanding friends who don’t judge me when I am out of touch, whether they live down the road or on another continent.

One of the best things about good friends is the ability to pick up where you left off. A few minutes into a conversation with a friend I haven’t seen for months and I forget that it wasn’t just yesterday that we last saw each other. So a girls’ dinner this week was a brilliant opportunity to spend an evening with a friend who was visiting from the US. We each made a part of the meal and I hosted. It was, as always, a really lovely evening and, as usual, I’ve vowed to be better at staying in touch in the future.

I made a Black Forest Gateau to double up as a birthday cake and a dessert, and this focaccia to share. I tried to use the Paul Hollywood focaccia recipe but I found there was no proper explanation as to how much olive oil was actually needed: it was all a bit confusing so instead I decided on 65g olive oil. It seemed to work well. 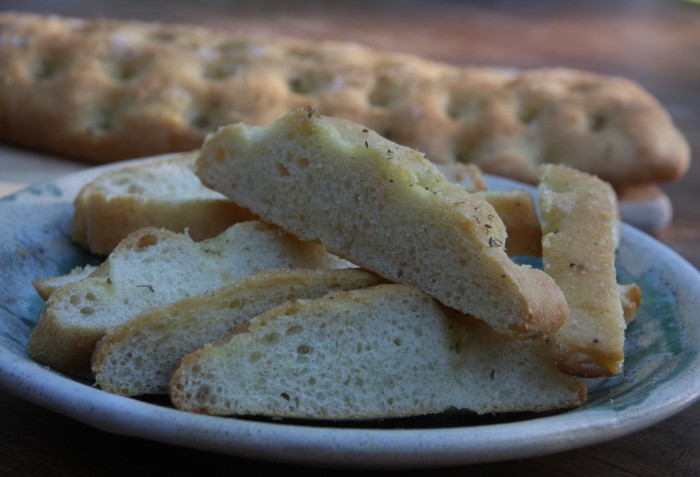 Put the flour into a large mixing bowl. Rub in the fresh yeast or stir in the dried yeast.

Add the salt, oil and water and mix to a wet dough.

Tip out onto a surface and knead for 5-10 minutes, until smooth and silky.

When it is ready put the dough into an oiled bowl and cover with oiled clingfilm. 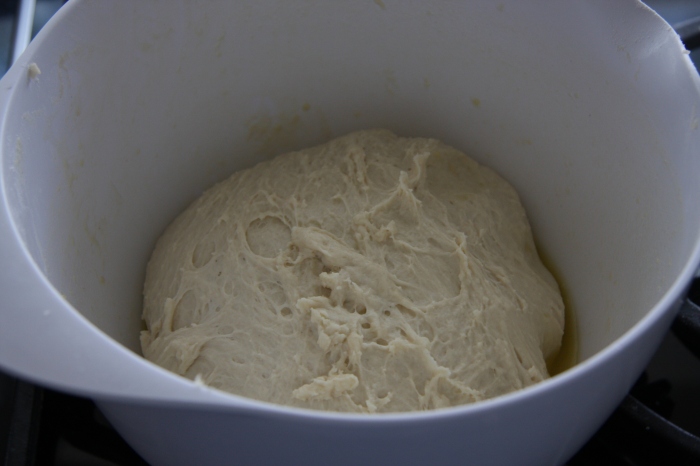 Ready for the first proving

Leave until it is roughly doubled in size. 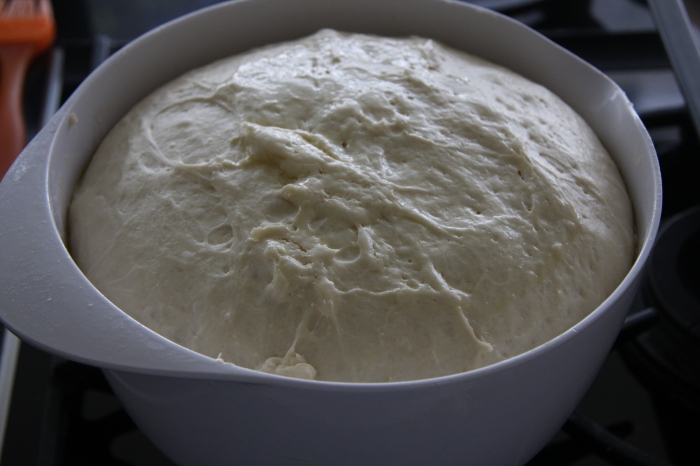 Line a couple of baking trays with baking parchment or a silicone sheet.

Cover the work surface with semolina and carefully turn the dough out. Divide into two but do not knock back. 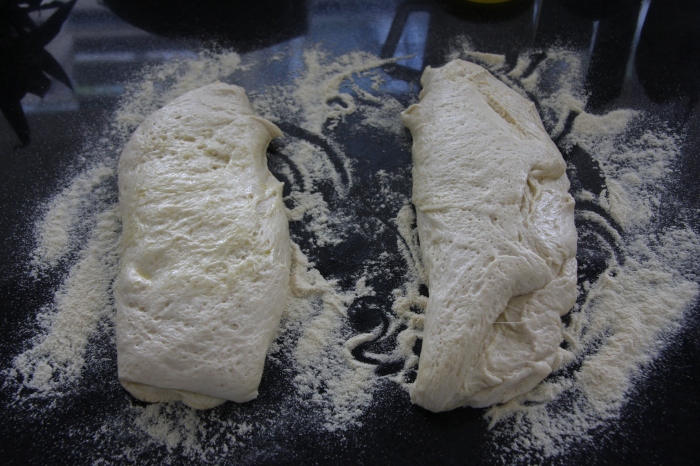 Turn out and divide into two

Stretch the halves out gently to flat, even pieces and place on the baking trays.

Cover with a tea towel and leave to prove for about an hour, until the dough is doubled in size. 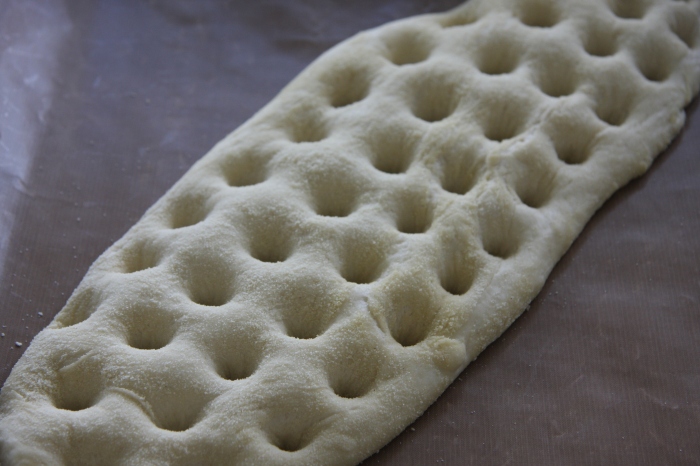 Make dimples with your finger

Drizzle with olive oil and sprinkle with sea salt and dried oregano. 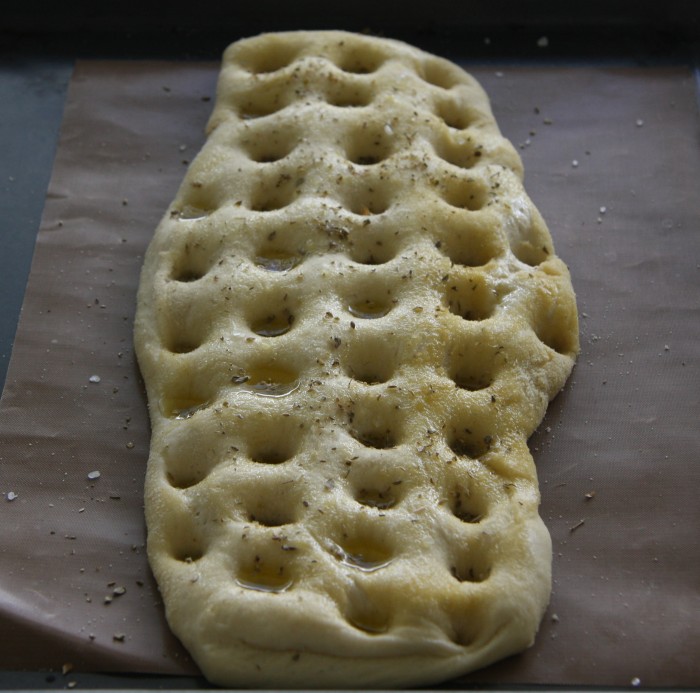 Bake for around 15 minutes, until golden brown and the base sounds hollow when you tap it. 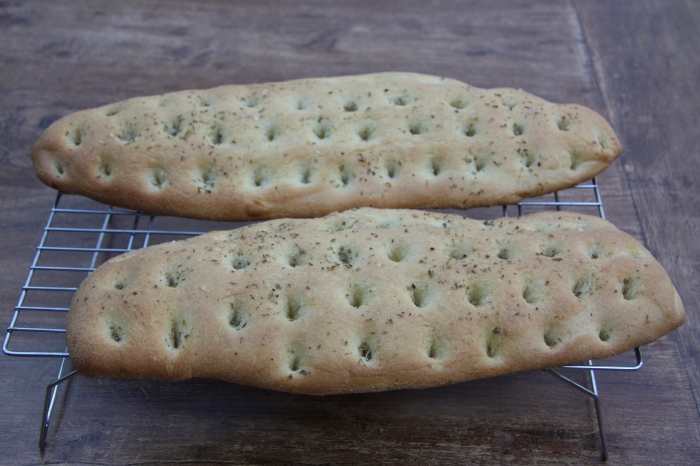 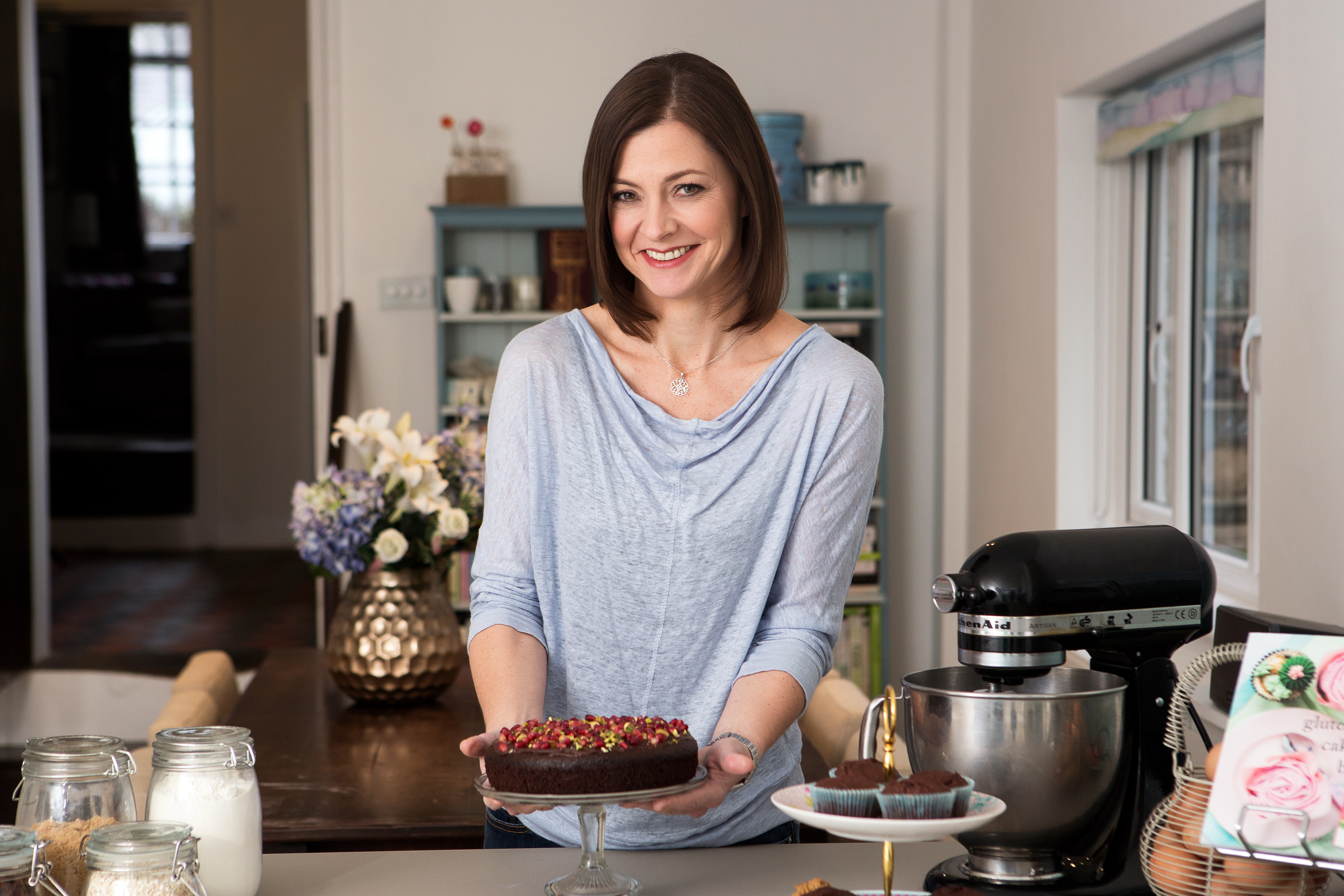