Rhubarb Friands – and The wedding 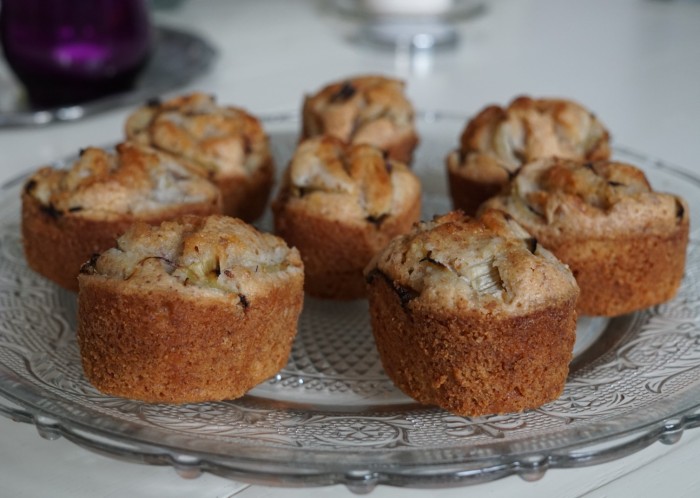 You may never have heard of Windsor before the Royal Wedding but even if you were trying to avoid the coverage it’s likely that you now know a lot about it. I live on the edge of Windsor Great Park and I run and walk there whenever I can: one route I often do goes through the Deer Park and crosses the end of the Long Walk, which gives you a view of the long sweep from the impressive Copper Horse statue down to the castle. You generally pass very few people in that part of the park but it was very different on the morning of the Royal Wedding: even at 8am hundreds of people were making their way from the various Park entrance gates to gather in Windsor and along the bottom of the Long Walk, in time to secure a decent viewing spot for the arrival of the bride, groom and guests, and for the horse-drawn carriage procession afterwards. I had deliberately organised to run first thing with a friend and we were really excited to experience some of the atmosphere and feel that we were a part of it, without actually being in the crowd all day. So we sampled the atmosphere early on and watched it all unfold live later with a glass of Prosecco on the sofa. I think the overriding sentiment of the day – regardless of your feelings on the monarchy or marriage itself – had to be one of hope. Hope for love, for joy, for inclusivity and for the future. All the bad news took a back seat for a few days – admittedly mainly to speculation, gossip and fashion – but still. Media headquarters were set up all over Windsor, reporters were on every corner and all the ‘colourful’ characters who had come from all over the world to camp out for days were in their element. Even the weather was perfect. I have never experienced anything like it and it was amazing to think it was all happening where I live. 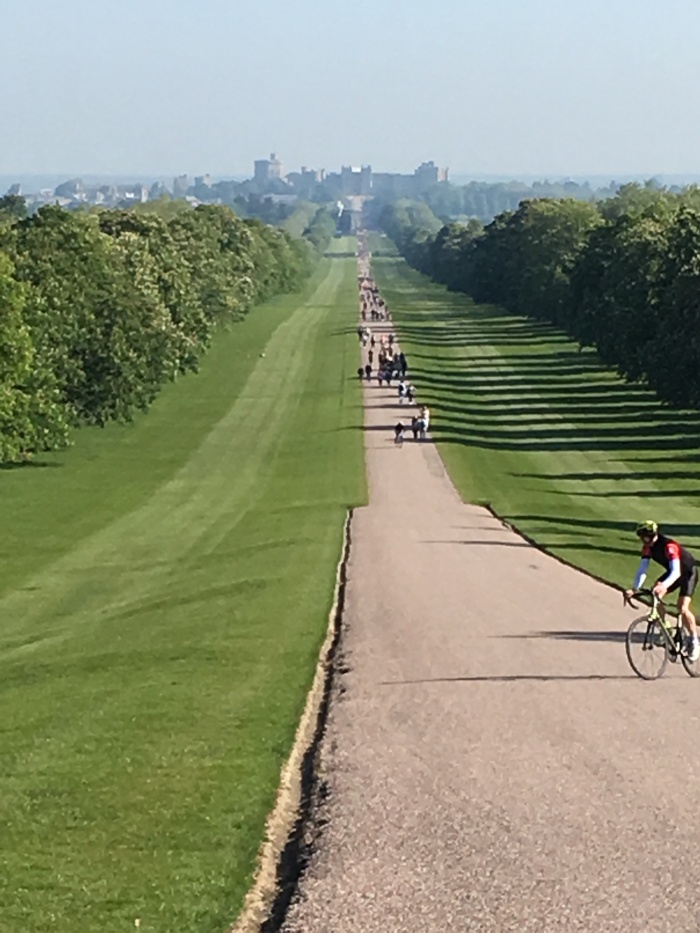 One way traffic: the top of the Long Walk leading down to Windsor Castle on the morning of Harry and Meghan’s wedding. For one day only cyclists were allowed on it too.

Harry and Meghan’s lemon and elderflower wedding cake was the epitome of understated elegance (it’s all relative): simply and beautifully decorated with ‘rustic’ icing and fresh flowers. It looked, unlike a lot of wedding cakes, absolutely delicious. It was a cake you wanted to eat, rather than just admire, and I think that concept can often get a little forgotten in wedding plans. 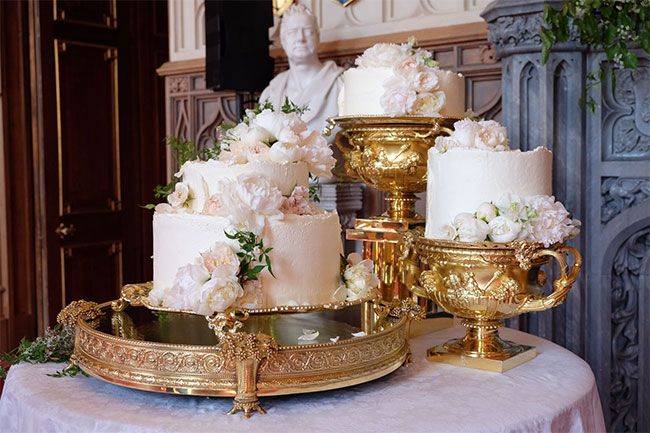 I would like to think my rhubarb friands offer understated elegance but really they are just all about cake and seasonal ingredients. Friands are little oval cakes, traditionally made with egg whites, butter, sugar and ground almonds. I wanted to make mine dairy-free so I’ve used coconut oil, and they are very easy to make gluten-free as well if you want to. I thought they would go beautifully with a hint of soft, tart rhubarb: if you have pink rhubarb even better. It took me a few goes to get the recipe right and unfortunately I had used all the pink rhubarb by then (as you can see in some of the recipe pictures, most of which I took on one of my less successful attempts). I had to put the few friands that were left after a couple of days into the freezer in the end as I kept eating two at a time: although I said they are small, they are really not that small! I just need to remember to only take one out at a time. I should probably go for a run… 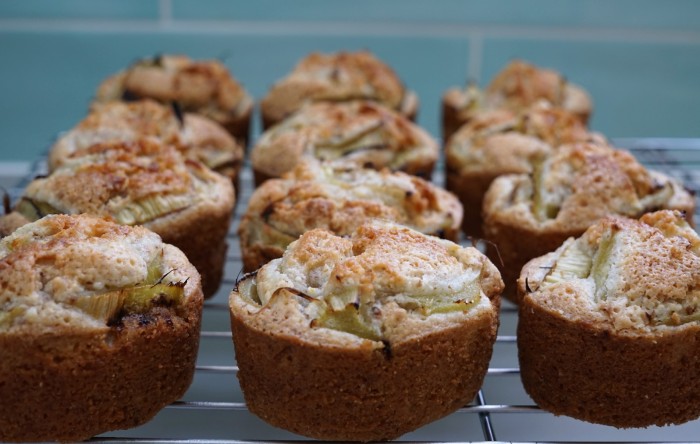 Zest of an orange

Melt the coconut oil and put to one side.

Sieve the icing sugar and flour into a bowl. Add the ground almonds and orange zest. 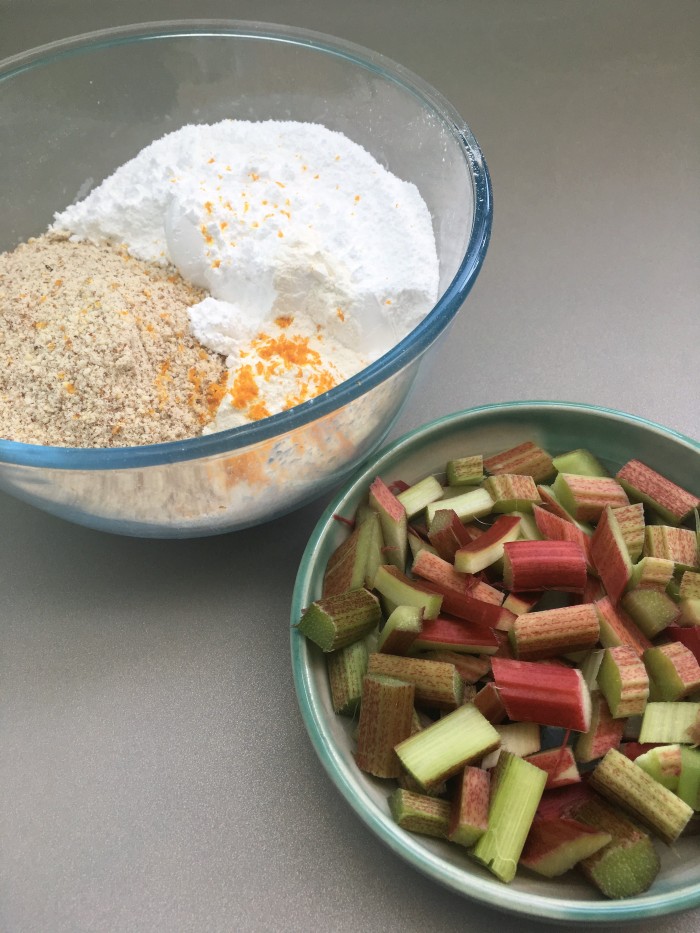 Whisk the egg whites briefly, until they are frothy. 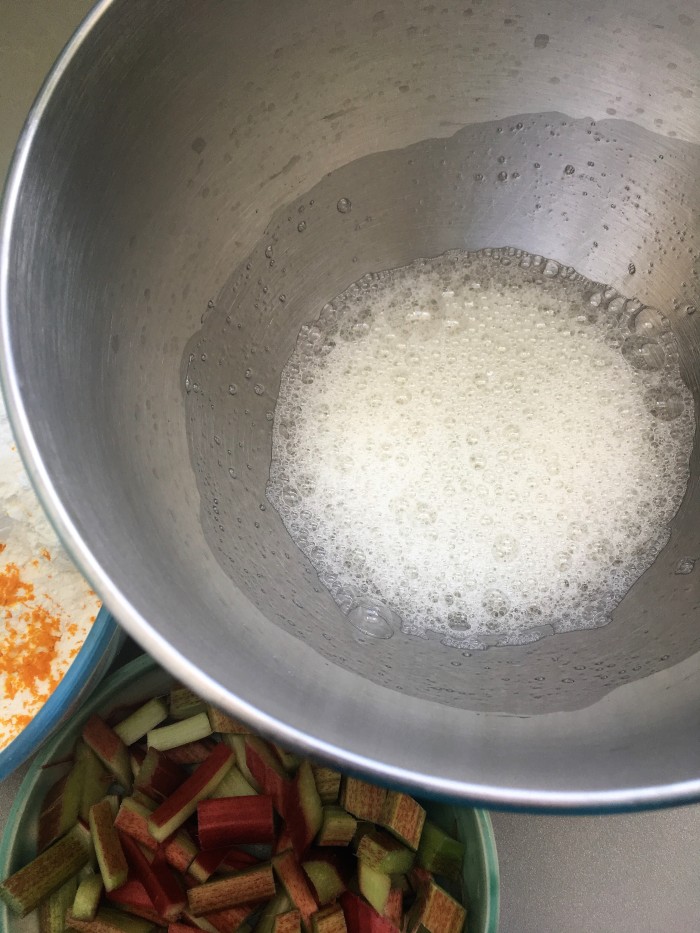 Add the egg whites and coconut oil to the dry ingredients and mix together thoroughly.

Pour the batter into a jug and use it to evenly distribute the mixture between the moulds.

Divide the pieces of rhubarb evenly among the friands. 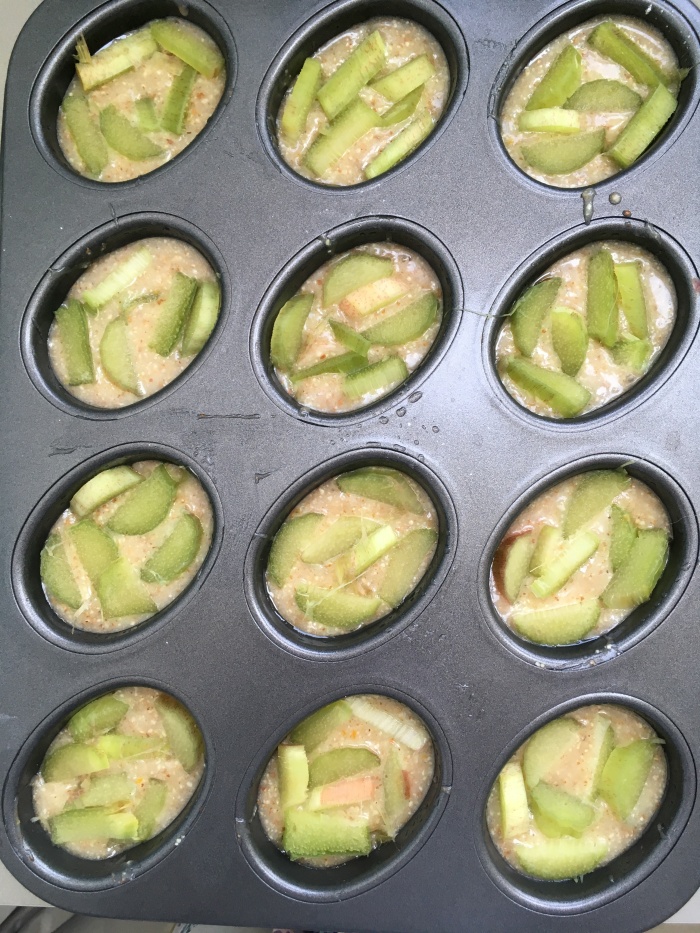 Only green rhubarb left by this point!

Bake for around 30-40 minutes until firm to the touch, well risen and golden. A skewer inserted into the centre should come out clean. 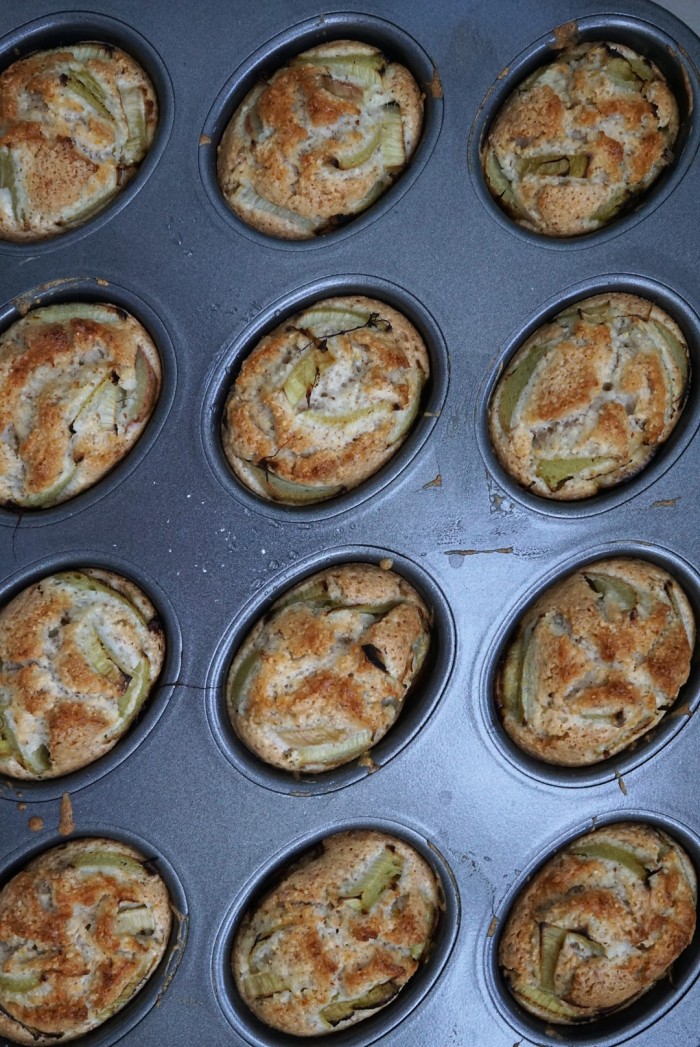 Allow to cool in the tin for a few minutes before carefully removing and allowing to cool completely on a wire rack. 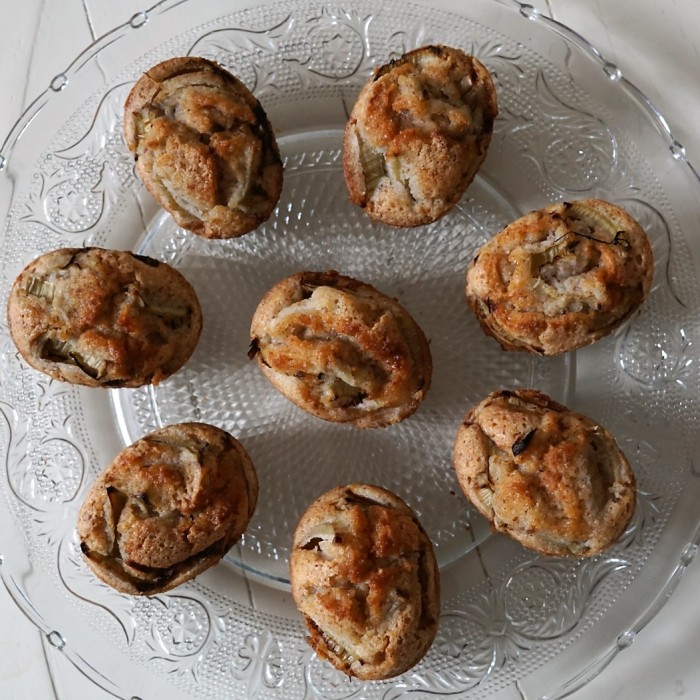