Cakes don’t always turn out the way they should, even if you are an “experienced” baker. There is always room for human error! I struggled with this cake from the outset because I didn’t put my faith in the recipe from the start. It is essentially a Victoria sponge with an extra 25g flour and 130ml liquid and I was worried that it was a lot of extra liquid. I often get texts from friends about cakes that haven’t turned out how they should have, asking what I think could have gone wrong. I love trying to work out what could have happened. It’s a bit more annoying when it’s my own cake! I spent ages trying to figure out what happened with this one.

Strong milky coffee – for the cake

It went in to the oven looking like it had curdled and I hadn’t finished folding in the flour. And it came out of the oven looking like it had way too high a percentage of sugar and hadn’t risen properly. I checked the flour: definitely used self raising, and even if I hadn’t it wouldn’t have mattered because I put the teaspoon of baking powder in that I didn’t think was really necessary anyway. I know I weighed the sugar and butter properly because I remember. I checked other cappuccino cake recipes and they were all essentially the same, so it definitely wasn’t the recipe. In the end I added up the weight of all the ingredients – using a guesstimate for the eggs. I knew what the cakes weighed when they went in to the oven as I weigh them to make sure each tin has the roughly the same amount of mixture. And I realised later I could have weighed them when they came out anyway. The only conclusion I could come to was that I had put in 100g too little flour. Which I should have realised when I folded in the flour and almonds but didn’t because I was already expecting the mixture to be too runny. Too clever for my own good, I should have trusted the recipe from the start and would quite possibly have realised my mistake.

If I had been making this cake for someone else I would have started again. As it was a cake to enjoy with a cup of tea after a long walk on a Sunday afternoon I didn’t think it mattered too much. Beautiful shards of caramel encasing coffee beans decorate the cappuccino cake in Jamie’s photo. My cake didn’t really deserve them so I went with chocolate coffee beans instead. Because it didn’t have enough flour it was a little dense and soggy and even without the kahlua was very reminiscent of tiramisu. Which I will now definitely be making very soon!

Cream the butter and sugar until pale and fluffy. Beat in the eggs, one at a time.

Fold in the ground almonds, flour and baking powder.

Stir in 100ml of the coffee along with the Kahlua (or milk) and the vanilla, then divide the mixture evenly between the two cake tins. 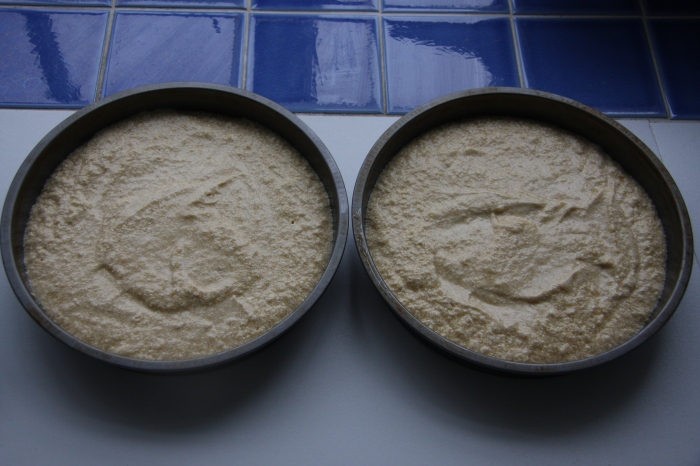 Bake for 20-25 minutes, or until a skewer inserted into the middle comes out clean.

Leave to cool in the tins for 5 minutes, then turn out onto a wire rack to cool completely.

Not quite how they should be…

To make the icing, sieve the icing sugar into a bowl and add the butter. Beat on slow to start with. When the mixture ressembles sand add the remaining coffee and beat for around five minutes. 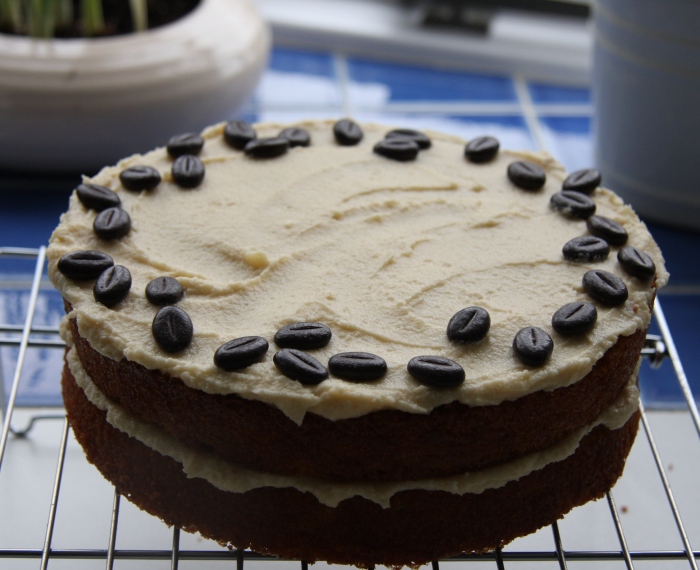 Decorate with chocolate coffee beans and a heavy dusting of cocoa powder. 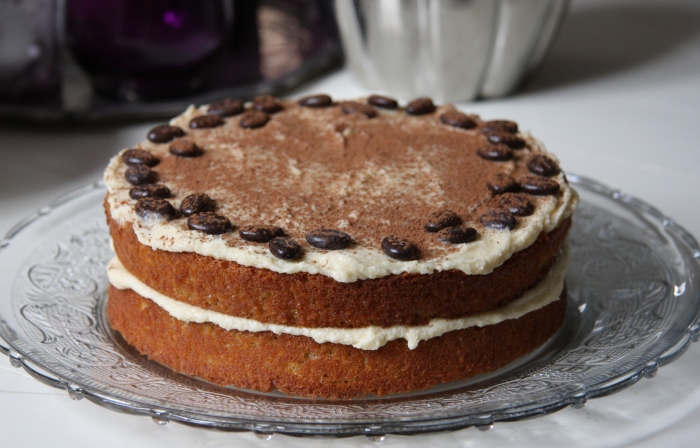 Chocolate cupcakes are always a popular choice!
It’s National Baking Day today (amongst other exciting things!) if you haven’t tried baking your own bread before why not give it a go? There are plenty of bread recipes on my website, lovinghomemade, so please check them out.
Drip cake with just a little chocolate for a Friday...
Do you have a sourdough starter? You can make this delicious and healthy banana bread with your sourdough starter discard. Check out my latest blog post for the recipe, link in the bio. It’s dairy-free and easy to make vegan too
It’s a beautiful spring day here so the perfect day for some pink buttercream roses!
Cupcakes for a Monday.
Follow lovinghomemade on WordPress.com